In Michigan when winter sets in, insects become very scarce, and that forces most of the bat species to seek out venues for hibernation. These might include attics, barns, caves, mines, or even crevices in the rock. During hibernation, bats transition to a state which is very sleep-intensive, and their body temperature may actually drop to somewhere near freezing.

The heart rate will also plummet from approximately 250 beats per minute down to somewhere around 10 beats per minute. During the hibernation period, a bat will sleep for days to weeks at a time, and these intervals are interrupted by brief interludes of wakefulness, during which body temperature rises to normal for several hours.

After having spent the entire winter in a state of hibernation, bats begin emerging from their retreats throughout April and May, in response to increasingly warm temperatures. It’s also essential that at this time of year, a great many more insects will be out and about, and this is exactly what a hungry bat needs after months of no food intake.

Having come out of their caves or barns, most bats will spend their entire spring and summer evening foraging for food. Bats are most active during twilight and afterward, and at these times they fill up on all the insects which have been proliferating since warmer weather appeared. In order to find and catch the tiny insects they love to eat, they will hunt them down using echolocation to discover where their prey is hiding.

Bats have a wide variety of preferences for bugs, including anything from forest pests to mosquitoes, and insects which abound in agricultural areas. It is known that in a single day, bats routinely eat up to half their body weight in insects, and will consume millions of insects every summer. So when you’re tempted to shun bats as creepy little bloodsuckers, keep in mind that they’re helping to keep the insect population under control.

Typically, bats from the majority of species will mate in the fall, but the females are capable of storing the sperm and delaying fertilization until the following spring time. At that time, each female bat will generally give birth to just one bat pup. The pups will be able to fly at the age of one month, but they will continue returning to the maternal roost while they’re learning the skills necessary for foraging.

During the spring and summer time, it’s common for female bats to cluster in maternal roosts, usually in barns or trees. Brown bats are known to number as many as 10,000 individuals in a single location, whereas tree-dwelling bat colonies typically contain far fewer individuals. The time for bats to emerge from hibernation is fast approaching, so you can expect to see the occasional bat silhouette moving across a dusky sky in the near future. They might not make you feel warm and fuzzy, but they are one of the most effective insect control mechanisms on our planet. 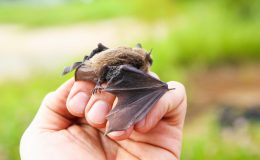 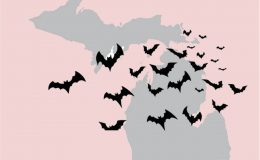 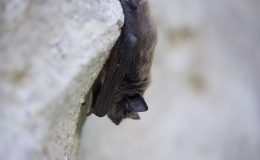